On Tuesday 21 June 2022 at 5pm, in the Harold Lee Room of Pembroke College, Alister McGrath and Bethany Sollereder will introduce their new edited volume.

You are warmly invited to the launch of this work at a reception in the Harold Lee Room, Pembroke College, Oxford, at 5pm on Tuesday 21 June. Alister McGrath will introduce the volume, followed by reflections from Bethany Sollereder and Emily Qureshi-Hurst. We hope that we will be joined for this evening by some other contributors to the work, and we will invite them to speak briefly on their work and experience.

This event is free and open to the public. There will be a drinks reception. 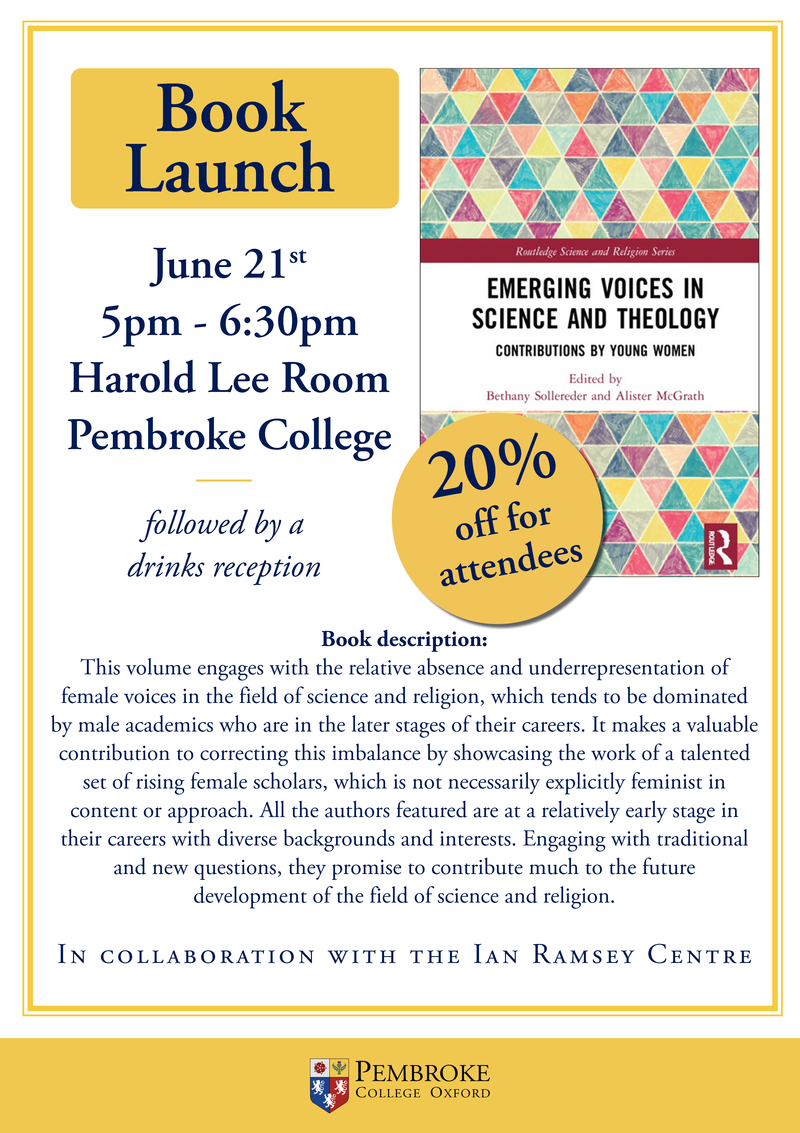