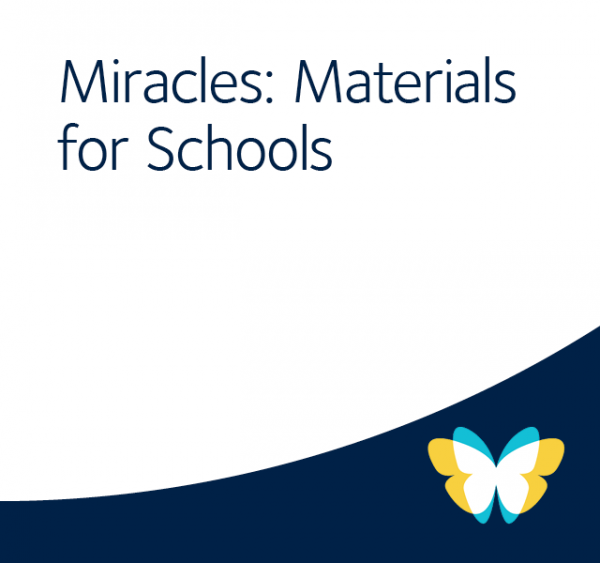 A miracle can be defined most simply as an “object of wonder” but the kinds of miracles that are of most philosophical and theological interest also suggest causal action beyond what is natural.

A philosopher famous for opposing miracles, David Hume, defined a miracle as:
“a violation of the laws of nature”

A theological definition, based on the work of Thomas Aquinas, is that a miracle:
“exceeds the productive power of nature.”

A religiously significant miracle is usually also attributed to a personal divine cause.

Of all religiously significant figures in history, it is the ministry of Jesus Christ and some of his followers that are most closely associated with miracles.

Why is the topic important?

Objects of wonder are all around us in the natural world. Many of these works of beauty provoke amazement, even when we know what caused them. But are there other objects of wonder, true miracles without natural causes, which may be attributed to special divine action?

In early modern science, when the universe was thought of like a machine, a miracle was defined in terms of breaking the laws of nature. The natural world today appears more complex, embracing spontaneity, information, indeterminism, and personal action. In light of these changes, a miracle may be better thought of as an extraordinary event that exceeds the productive power of nature.

Are such miracles possible? If so, do miracles happen? Even accounts of revelation treat such signs and wonders as rare. Indeed, miracles are rare almost by definition, since the extraordinary presupposes the ordinary, just as a river must flow before its stream can be interrupted. Given the success of science in uncovering the regularities of nature why should we even consider the possibility of miracles?

One reason is that these investigations have proved fruitful in the history of ideas. Careful theoretical and practical considerations of the questions about miracles have stimulated the development of philosophy and interest in experimental methods to isolate and identify causes.

Questions about miracles are also connected to questions about our own freedom. If a human person is free to interrupt the law-like behaviour of a falling stone, then why not a divine agent? If, on the other hand, divine intervention is declared impossible, how does human free will escape the same judgment in a world of impersonal causes, reducing human beings to machines.

But there is another reason for examining questions about miracles. Despite its many wonders, the natural world appears to lack resources to make us perfectly and permanently happy, especially given personal death and eventual cosmic. A starting point that treats miracles as rare, if they happen, but worthy of consideration as possible gifts and signs of hope – may be more prudent than closing the door on the issue altogether.

Miracles: a 1-min cartoon from the series "Albert Explores"

[ADVANCED] The Article on Miracles by Prof. Timothy McGrew in the Stanford Encyclopedia of Philosophy

[ADVANCED] The Special Divine Action Project at the Bodleian Library